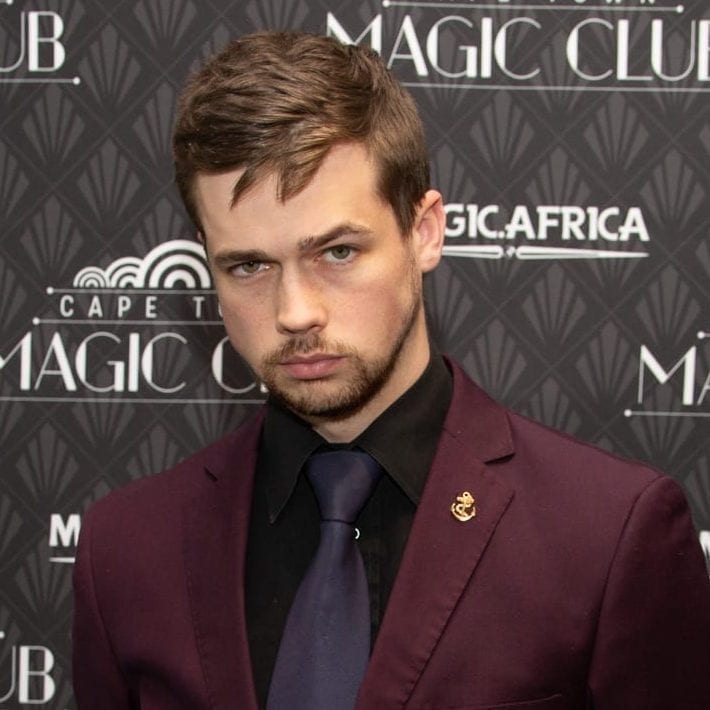 South African Theatre Magazine’s 2017 ‘Performer of the Year’, Brendon is a versatile and dynamic performer who pushes the limit when it comes to reality by creating moments of true magic & mentalism.

At any event he performs at, Brendon’s aim is to create the most entertaining experience possible. All who witness to his magic will be mind-blown, bewildered, and left with a belly full of laughs. All of his performances come with a satisfaction guarantee!

Brendon has appeared on national television, radio, and in news publications across the country. He has also consulted on various TV adverts as well as starred in both national and international TV performances. Beyond all this, Brendon Peel prides himself on his award-winning stage magic and illusion performances that are genuinely an epic experience to witness.

Since an early age, Brendon has had a passion for mysteries, tricks, and puzzles. Over the years this passion grew like wildfire, far beyond anyone’s expectations and in 2011 he started performing magic professionally. To date, he has taken his magic across South Africa and onto international stages. He has also received great acclaim from many critics in the industry, as well as picking up a number of accolades and awards along the way.

In 2017, Brendon represented South Africa the prestigious Edinburgh Festival in Scotland, he was nominated for the ‘Fresh Creative’ Award at the Cape Town Festival, and was awarded the South African Theatre Magazine’s ‘Performer of the Year’ honour.